With the Captain Marvel movie set to hit theaters on March 8, 2019, you might be wondering what are the key comic book issues to collect that feature Carol Danvers who eventually becomes Captain Marvel? Well you’ve come to the right place my intrepid friend. Below you’ll find a comprehensive list of key appearances spanning the silver age all the way up until today!

Let’s start at the beginning and see where Carol Danvers made her first comic book appearance in 1967, and her transition to Ms. Marvel before we work our way toward Carol officially adopting the Captain Marvel mantle in 2012. 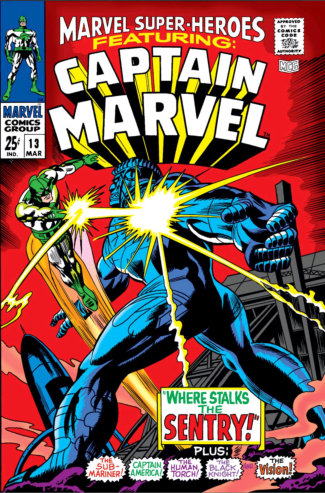 If you want to own the issue where Carol Danvers makes her very first comic book appearance, this is it! On page 12,  we officially meet Carol Danvers for the first time where she is quickly identified an officer in the United States Air Force and the Security Chief at a highly restricted military base. This is where Carol meets Mar-vell, who at the time has assumed the identity of Dr. Walter Lawson, and the two would forever be intertwined in comic book history! 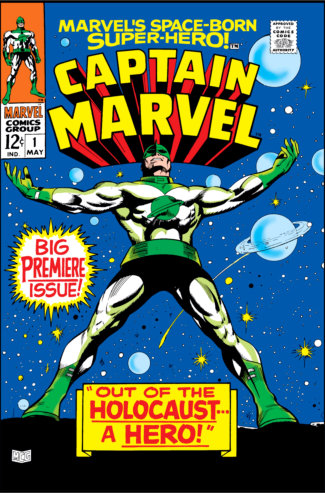 Hot on the heels of Marvel Super-Heroes #13, our man Mar-Vell gets his own solo book, the aptly titled, Captain Marvel. Here we see Mar-Vell battling a Sentry while doing his best to protect the military personnel on The Cape, including Carol Danvers. This is a great issue to own as it is Carol Danvers’ second official appearance in the Marvel Universe. 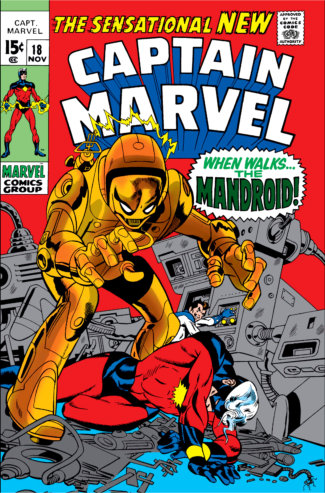 If you’re even vaguely familiar with the history of Mar-vell and Carol Danvers, then you’ve probably heard about the Psyche-Magnatron – the Kree weapon that was banned from ever being used, but was ultimately responsible for granting Carol Danvers her superpowers after she was caught in the wake of its destruction.

For the younger folks out there, FOOM (Friends Of ‘Ol Marvel) Magazine was a fan-mag published quarterly from 1973 to 1978. It just so happens that Ms. Marvel makes her first cameo appearance in issue #15, which was four months before she would debut in Ms. Marvel #1. 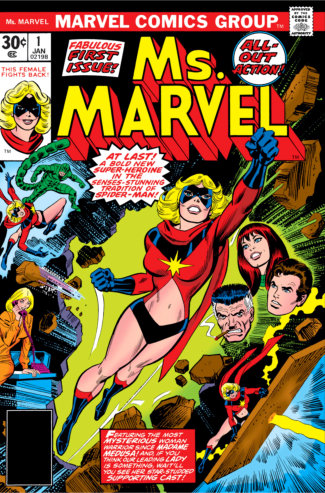 In 1977, during the height of the Feminist Movement’s second wave, Carol Danvers gets her first solo comic book! She left her job as a security chief to take up a new gig as editor of the Daily Bugle’s Woman Magazine, all while being plagued with a series of black-outs, because unknown to her, she is really Ms. Marvel. 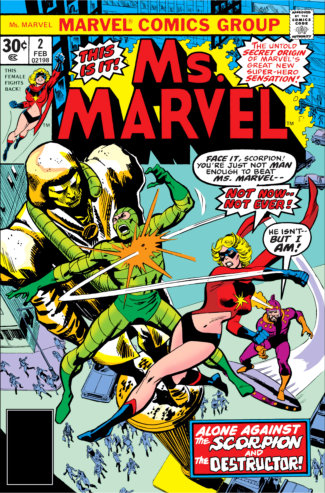 In this issue, we are told the origin story of Ms. Marvel. After another fainting spell, Carol goes to see her doctor Michael Barnett, who hypnotizes her and learns of her being a hostage of Yon-Rogg and being pulled out of a cavern after the Psyche-Magnatron explodes, and how she subconsciously knows that she is Ms. Marvel. 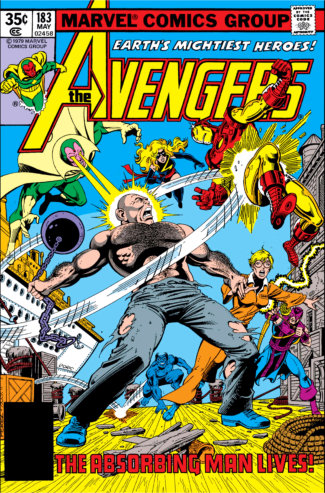 What would have normally been an otherwise mundane bronze age issue of the Avengers, the events occurring in the MCU have made it a minor key as this is the first time that Ms. Marvel joins up with Earth’s Mightiest Heroes, albeit only as a temporary member to replace Scarlet Witch, who has taken a leave of absence from the team.

Ok, now that we covered the key comic book appearances of Carol Danvers and her alter ego of Ms. Marvel, let’s take a look at the key issues where she adopts the mantle of Captain Marvel and becomes Earth’s Mightiest Hero. 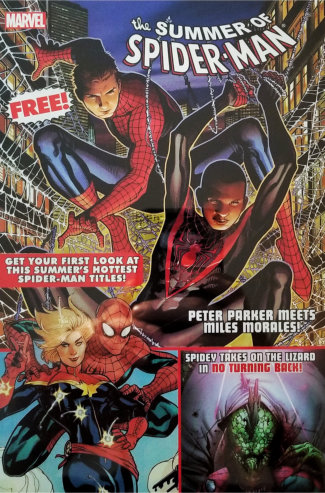 Just like Ms. Marvel made an early preview appearance in FOOM #15, we get our first sneak-peek of Carol Danvers as Captain Marvel in the Summer of Spider-Man Sampler. This was a free comic that Marvel published in 2012 to get fans excited about the upcoming Spider-Man stories. 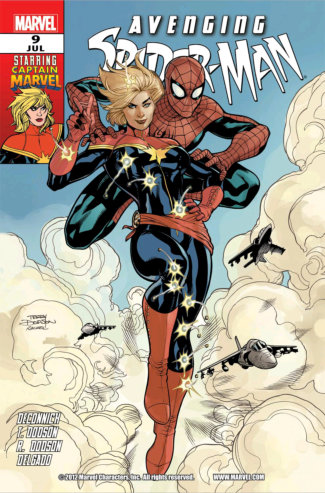 Here’s a fun fact, while this is technically the first appearance of Carol Danvers as Captain Marvel because it came out one week before Captain Marvel #1, we don’t learn anything interesting about her in this comic because storyline wise it takes place after Captain Marvel #1. It’s pretty much a ho-hum team-up with Spidey, but a highly sought after key issue nonetheless. 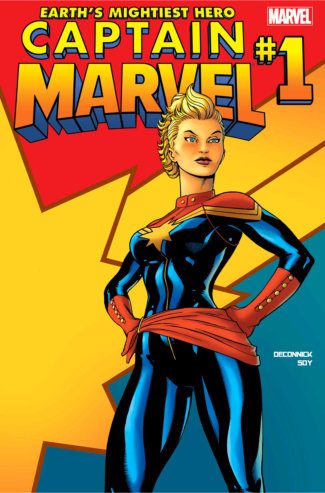 One week after Avenging Spider-Man #9 came out, we finally get to discover the events that led to Carol Danvers ditching the Ms. Marvel name and taking on the mantle of Captain Marvel. Storyline wise, it is Captain America who encourages Carol to take up the Captain Marvel name, which she ultimately does after being initially resistant to the idea. That synopsis does not do this comic justice, the story is powerful and the art is gorgeous. You need to own this book! 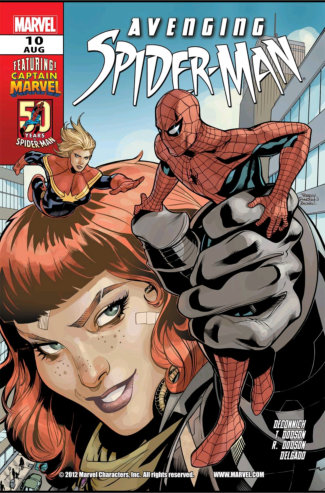 This issue continues the team up story of Captain Marvel and Spidey that began in Avenging Spider-Man #9. With this now being the third appearance of Carol Danvers as Captain Marvel, it’s a less expensive comic book to collect. For those who don’t have any of the comics listed here yet, this would be a good entry point to start building your collection. 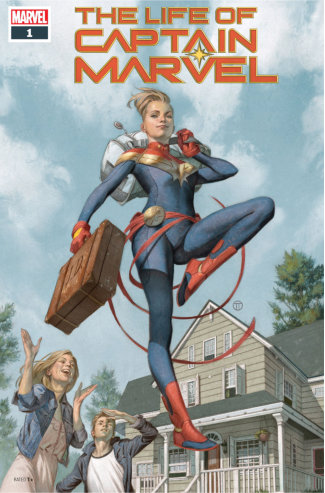 As Marvel Studios begins to ramp up towards the Captain Marvel Movie, they’ve begun to publish a five issue mini-series which tells the definitive origin of Carol Danvers aka Captain Marvel. This series serves as a fantastic jumping on point for collectors old and new to get up to speed with everything there is to know about Captain Marvel, including new details that will change her entire world!

Are you a completionist? Do you have to collect every single key issue before you can rest well at night? For those who just gotta have all the key comic book appearances of Carol Danvers, here are some other issues you’ll want to add to your collection! 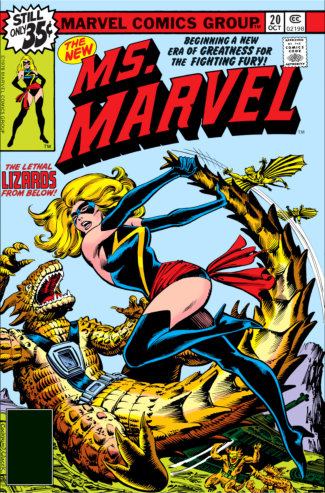 In October of 1978, Ms. Marvel debuts her brand-new, signature black costume complete with yellow lightning bolt and red sash. Aside from her time as Binary and Warbird, Carol Danvers would rock this black costume whenever she appeared in comics as Ms. Marvel for the next 35 years! Don’t expect to see this costume in the Captain Marvel movie unless it’s some kind of hidden easter egg or throwaway gag. 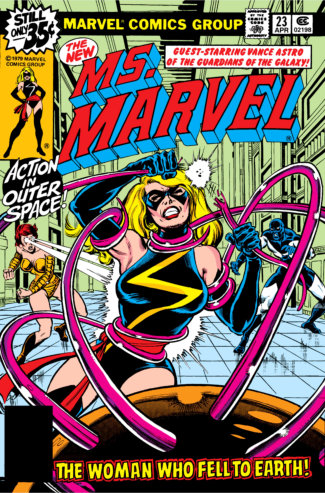 After 23 issues, Marvel decided to pull the plug on this series and cancel it. Interestingly, scripts for issues #24 and #25 were completed and would later be published as a part of the 1992 Marvel Super-Heroes Summer Special. The next time Ms. Marvel would make an appearance would be in issue #183 of the Avengers (see above). 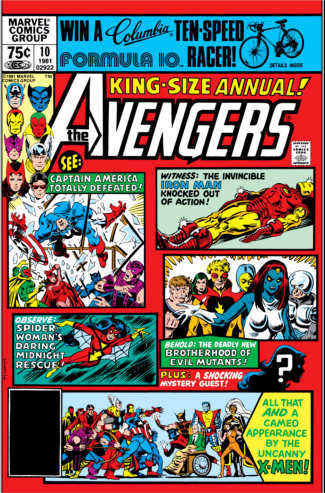 At this point, we hadn’t seen Carol since Avengers #200 (October 1980) which is briefly recapped in this King Size Annual. There’s a lot happening in this issue, but to sum it up the Brotherhood of Evil Mutants are looking to destroy the Avengers, and during the battle Rogue manages to permanently absorb Ms. Marvel’s powers and psyche. Following this issue, Carol would become a regular character appearing in the pages of Uncanny X-men. 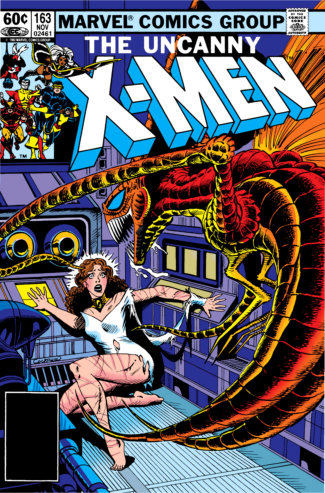 In this issue we find that Carol Danvers has been abducted by the alien Brood and subjected to an evolutionary ray, which triggered the latent potential of her augmented genes which will lead to her becoming the cosmic-powered mutate known as Binary. 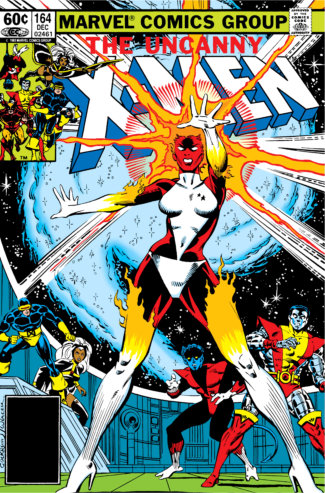 Continuing the story from the previous issue, here we see Carol’s new powers as Binary manifest as she takes out the Brood spaceships that were in hot pursuit of her and her X-Men companions. Soon after, Colossus invites Carol to join the X-men, an invitation which she ultimately declines. At the end of the issue we find Carol activating her Binary powers, and blasting off into space leaving the X-Men behind. 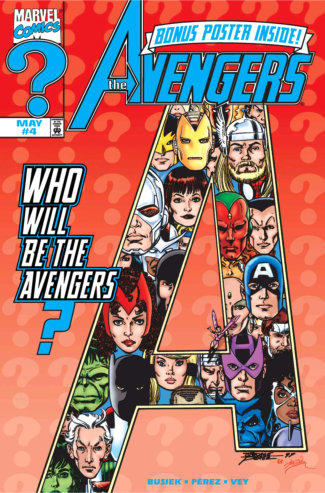 A few issues in to Avengers Volume 3, we find a new roster being put together, which will ultimately include Captain America, Hawkeye, Iron Man, Scarlet Witch, Thor, Vision, and Carol Danvers – now known as Warbird. It won’t be easy sailing for Warbird though because she’ll be dealing with some serious issues including alcoholism, reduced power levels and a formal court marshall.

HOW MUCH WOULD IT COST TO COLLECT THEM ALL?

Now that you know which comic books feature key appearances of Carol Danvers, Ms. Marvel, Captain Marvel and more, you might be wondering just how much it might cost if you were to go out and try to collect them all. Below I’ve listed each comic that I covered above, along with what these comics in mid (7.5 – 8.5) to high grade (9.2 – 9.6) have been actually selling for on eBay in both raw, and graded condition.

And there you have it folks, a definitive guide to collecting all of the issues related to Carol Danvers and Captain Marvel. How many of these do you already have? Are you going to try to collect them all? Let me know in the comments section below!

Certified Comic Talk Episode 19: These Are The Comics You’re Searching For
August 21, 2021