Soon after it was announced that Josh Brolin was cast to play Cable in the Deadpool 2 movie, the actor himself posted a picture to his Instagram account giving the world a first look as to what their favorite time traveling mutant would look like on screen.

Personally, I was blown away by the picture, and my first two thoughts immediately after seeing it were:

If you’ve somehow found this page and you aren’t a huge comic book nerd, Cable’s first appearance happened in New Mutants #87 back in 1990. This issue has been one of the more collectible modern age comic books the past twenty five years and is even more in demand now with Cable set to show up in Deadpool 2.

I don’t know if it was done this way intentionally, but when you look at the picture of Cable posted to Brolin’s Instagram, it’s almost a straight match for how he appears on the cover of New Mutants #87. So when the idea popped into my head to Photoshop this cinematic Cable onto the comic book cover bearing his first appearance, I had to get right to it!

Photoshop can be tricky to learn if you’ve never used it before, but for those who have some familiarity with it, this cover swipe was relatively easy to pull off. At first I was just going to replace Rob Liefeld’s depiction of Cable with Josh Brolin’s picture, but then I thought what the hell, let’s add in Zazie Beetz as Domino and TJ Miller as Weasel for fun in addition to a logo for the Certified Comic Shop. All in all, I think it took me about two hours to complete the whole thing. 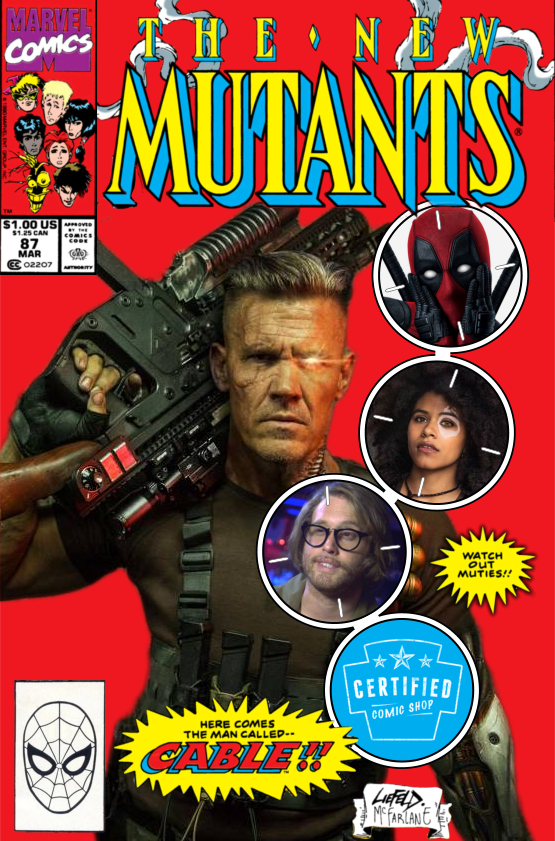 When I posted this picture to my Instagram account, it was pretty well received. Apparently it even looked so good that it even fooled a couple fellow comic book collectors into thinking I had somehow scored a new variant cover honoring this classic comic cover.

It was cool when a couple of days later I saw my work being reshared on other people’s Instagram accounts. The only problem was that they didn’t give me credit for the pic. Luckily a couple of my followers were kind enough to point out to the reposters that I was the one who made the image.

So do me a favor, if you like this Josh Brolin as Cable New Mutants #87 Cover Swipe, and want to share it on your own Instagram, Twitter or Facebook page go for it! Just please be sure to tag me with credit when you do so.

And of course I just couldn’t be satisfied with a simple photoshopped cover of New Mutants #87, so I decided to work on my photo manipulation skills to make it look like an actual comic book and insert into a couple of scenes. Take a look! 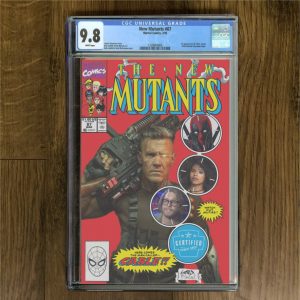 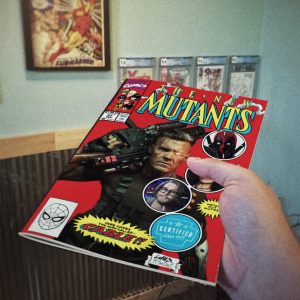 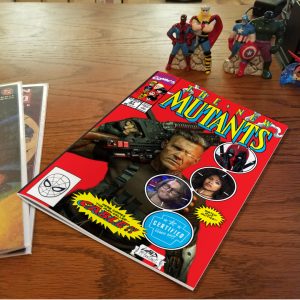 And just when you thought things couldn’t get any better, Cable’s co-creator – Rob Liefeld himself – took the time out of his busy schedule to share my work on his own Instagram account. Are you freaking kidding me? Talk about an honor!

There ya go folks, hope you enjoyed this little story. What do you think of this New Mutants #87 Cover Swipe? Let me know in the comments below!