Every day I get emails and DM’s from comic collector’s all over the country asking me questions about comics and comic book grading. It’s with great responsibility that I take the time to answer each person’s question, and sometimes when I get asked the same question more than a few times, I’ll write a blog post or create a YouTube video to address the topic for anyone else who may be searching for the answer.

The #1 question I get asked these days by comic collector’s usually goes a little something like this:

“Hey Jason, I have some comics that were signed on the cover without a CGC witness, but I still wish to have them graded. What is the best option for grading these comics?”

As I mentioned, I get this question A LOT via email or through my Should I Grade It? service. And while on the surface the answer can seem somewhat confusing, it’s actually pretty straight forward once you understand the options that are available.

So what can you do if you have a signed comic that was not witnessed by a representative of a third-party grading company but still want to have it graded? Here are your options:

1. SUBMIT IT TO CGC ANYWAY, BUT BEWARE…

While CGC’s Signature Series is the gold (yellow?) standard for witnessed and authenticated signatures on comic books, that doesn’t mean they won’t grade a comic with an unwitnessed signature, because they will.

When grading a comic that has writing on cover or inside pages in the form of a signature, CGC will grade the issue as normal, however they apply the Green Qualified Label (of Doom?) to the holder with a notation on the label stating what caused the comic to be graded as “qualified”. 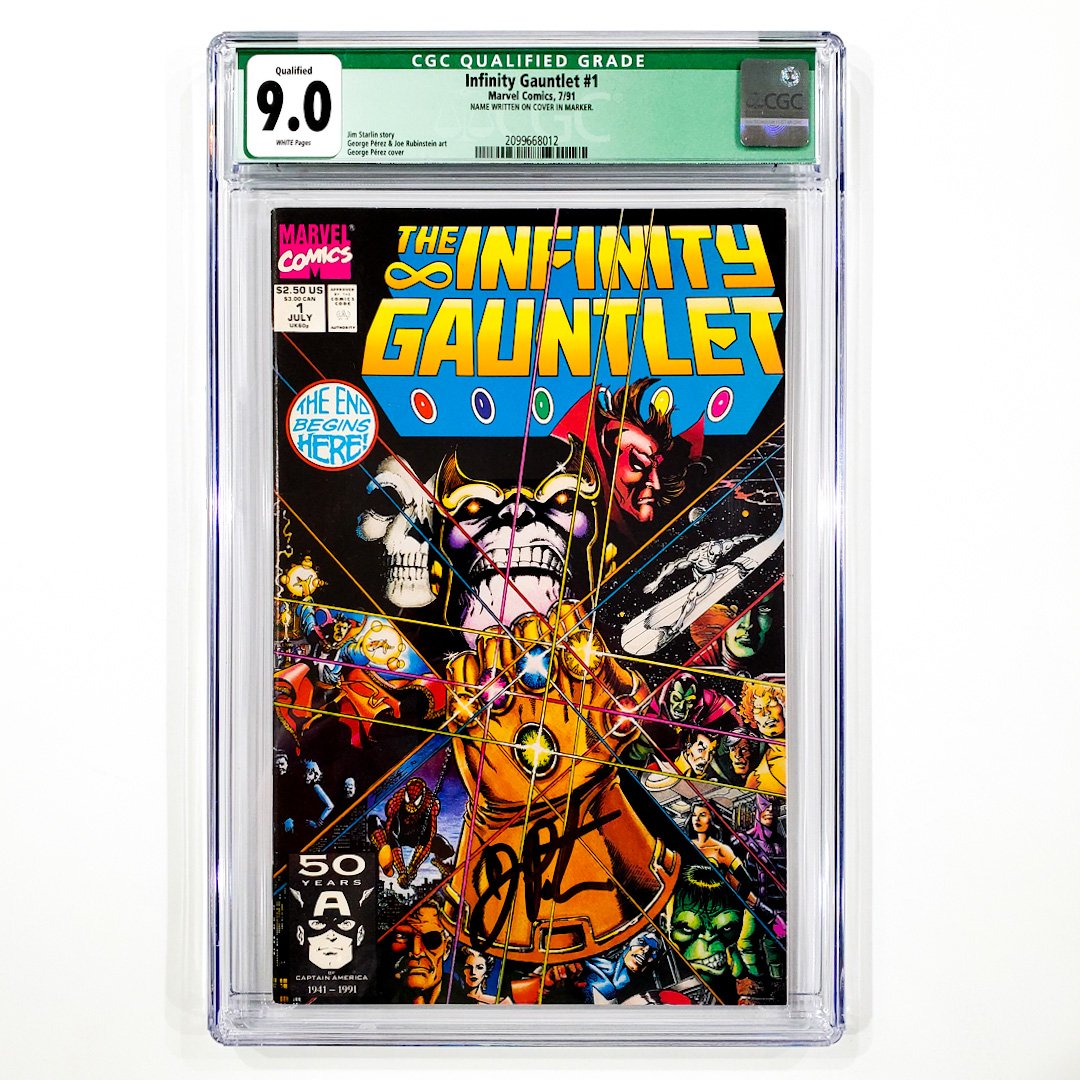 Now on the surface this doesn’t seem like too big of a deal, right? I mean who cares if the label is Blue, Yellow, Green or Purple? As long as YOU the comic owner knows the sig is legit, it’s all good.

And that’s the key. If you personally had a comic signed at a con or bought one online from your favorite creator’s website and want to have it graded by CGC for your personal collection, then by all means go for it. Just understand it will be given the Qualified Label.

#ProTip: CGC doesn’t care if you have an official C.O.A. to go with your signed comic. It will still get the Qualified Label.

Now, if your intention is to sell your previously signed comic once it’s graded in hopes of turning a profit, then I have some bad news for you. You’d probably make as much money selling it raw as you would selling it graded with the green label.

The reality is that green labels usually carry a stigma amongst comic collectors that they are “less than desirable” compared to their blue or yellow labeled counterparts.

Because the “Qualified” designation can mean multiple things like married or missing pages, cut out coupons or writing on the cover, collector’s tend to avoid these incomplete or otherwise scarred issues based on the color of the label alone. Personally I feel you can find some extraordinary value in comics graded with the Qualified Label, but that’s a blog post for a different time.

To recap, if you want your signed comic graded for your personal collection, then CGC is a fine option. If your intent is to sell, then you may want to look into option #2….

Meant to provide an alternative to CGC by expanding choices for comic book collector’s to have their comics graded, CBCS has found a dedicated and loyal following.

One of their service offerings, in particular, fills a gap that had been sorely missing, and that is their Verified Signature Program.

You don’t need to read between the lines to recognize that this is a shot directly aimed towards CGC.

That means if you have a comic that was signed by a creator at a comic-con, you can submit it to CBCS for grading and signature verification.

The actual signature verification is performed by the experts at Beckett Authentication Services, who are corporate cousins to CBCS. Once the signature on your comic is verified, then it’s sent on to the team at CBCS for grading.

Upon completion, the comic will be placed in the CBCS holder along with their yellow, Verified Signature label.

As you can see, this is the best (and only) way you can have an unwitnessed signed comic graded with the signature authenticated after the fact.

LET’S DO SOME MATH

Whether you’re looking to sell your signed comic after grading, or just want to display it proudly in your Batcave, it would probably be helpful to talk about the associated costs with having your comics graded by CGC or CBCS.

As you might imagine, grading a comic using the VSP from CBCS is going to cost more than submitting to CGC under a standard grading tier.

Let’s do a little math, but since that’s not really my strong suit, we’ll keep it simple for the non-rocket surgeons out there.

Let’s say you have modern comic with a fair market value under $200:

Of course you still have to shell out for the associated handling and shipping costs in addition to the grading fees, but right off the bat, it’s going to cost you $19 more dollars to have your comic graded by CBCS. But remember, you get that signature verification. So you got that going for ya, which is nice!

If you do some advanced eBay searching for sold listings, you can see the verified signature slabs from CBCS hold their own when it comes prices people are actually paying for these comics.

It’s worth noting that when filling out your submission form with CBCS, you have the option to still have the comic graded even if they are unable to verify the signature. I think for most people, that would be a no-go, so if the sig isn’t verified, then your comic is returned to you ungraded minus the $25 cost for the examination.

So there you go, those are your two options for grading a comic that has an unwitnessed sig. Which way do you prefer to go? The CGC Qualified Label or the CBCS Verified Signature Program? Let me know in the comments below!