Well it’s been a couple of months since I provided a financial update for the Certified Comic Shop so we should stop wasting time, and get right to the good stuff!

If you haven’t seen any of my previous financial updates, the income I generated to use for building out my online comic book shop comes from comic book sales on eBay and Instagram.

I also include money that I’ve earned by providing digital marketing services to family and friends, but I’m to the point now where the comic shop needs to stand on its own. That means this is the last report where I’ll be including that income. From here on out, I’ll only count the income directly generated by the shop.

August and September were pretty decent months for selling comic books. I was lucky enough to move quite a few CGC graded comics which helped make the cash flow. I feel like I have some momentum with the shop now, and am looking forward to closing out the quarter strong in terms of sales.

Here is a detailed look at the comics I sold via my eBay store, Instagram and my online comic shop.

With each new update I do for the shop, I like to add additional context to some of the sales that I made. Here’s what stands out most to me for August & September.

This sale was kind of special because I picked up this raw issue off of eBay at a real solid price and promptly sent it off to CGC for grading. With fingers crossed I waited a month to get it back, and was happy that it came back as a 9.4, which was exactly the condition the original seller of the raw comic stated it was in.

This particular issue is one I’m rather fond of. I picked the raw copy up from a member of the #igcomicfamily on Instagram. Once again, I shipped it off for grading and it too came back graded in 9.4 Near Mint condition.

Back in 1992 when this comic originally came out, I purchased two copies of it from my LCS, not really knowing that it was going to become a key modern issue that’s highly collectible. Sadly, I had sold both of my copied years ago when I was going through some pretty hard financial times in my late 20’s.

That being said, I was happy to briefly have this comic in my possession for a short time. Say what you want about the 90’s boom and subsequent bust of the comic book industry, but to this day that era still holds a special place in my heart.

It seems every month I have one of these instances where I vastly underestimate the demand for a comic or lot of comics. This 13 issue run of Runaways was one of those times. I figured with the Runaways TV show coming to Hulu this fall, there would be some increased demand for the comics.

I was dead wrong. I set this lot up as an auction with a starting bid of $0.99 and that’s exactly where the auction ended. One bid, for ninety-nine cents plus shipping. After eBay and PayPal took their cut, I had lost -$0.17 on the transaction. Bad for me, but the buyer got one helluva deal!

I even included my standard free comic with the order even though I lost money on the sale. That’s how important building this comic shop is to me. I’m not willing to adjust how I do business based off the profit (or loss) of a sale. Everyone gets the same treatment, regardless of how much they spend with me.

While I had over $975 in revenue for August and September, I certainly didn’t waste anytime reinvesting it into the shop. Remember, the goal of for my venture at this point is cash flow, building out this website, and creating real relationships with my customers. I know eventually I’ll get to the point where I can stash a portion of the income and not have to reinvest it immediately. But for now, I’m content to let that money burn a hole in my pocket!

Well if there’s one thing I’m good at besides taking care of my comics, it’s spending money. Here’s a detailed look at where some of those dollars were spent the past two months.

I bought quite a few raw comics the past couple of months to submit for grading. Two comics in particular are currently being graded at CGC that I have I hopes for. The first is Spectacular Spider-Man #64 (1st Appearance of Cloak & Dagger) and the other is Totally Awesome Hulk #22 (1st Appearance of Weapon H). Fingers crossed that they both come back with the high grades I expect them to be in!

This is a new expense that I added to the ledger starting in August and will continue to do so from here on out. I’d highly recommend anyone else who may be in a position similar to me do the same.

When I launched my website back in March 2017, I had paid for a year’s worth of web hosting, domain registration and a dedicated IP up front. That ended up being a pretty big load on the expenses, so in August I did the math started including a $15.30 website fee so that come next March when all those bills are due again, I’ll already have the money saved for it.

Do Not Bend Stickers

I’ve said this before, and I’ll say it again – I totally love Sticker Mule! So far I’ve used them for custom packing tape, custom magnets and in August I used them to make custom Do Not Bend stickers that I use on my comic book shippers. Every product I’ve bought from them has been of high quality, with the art I included reproduced perfectly. Their products truly help me meet my goal of providing a superior shipping experience for my customers. 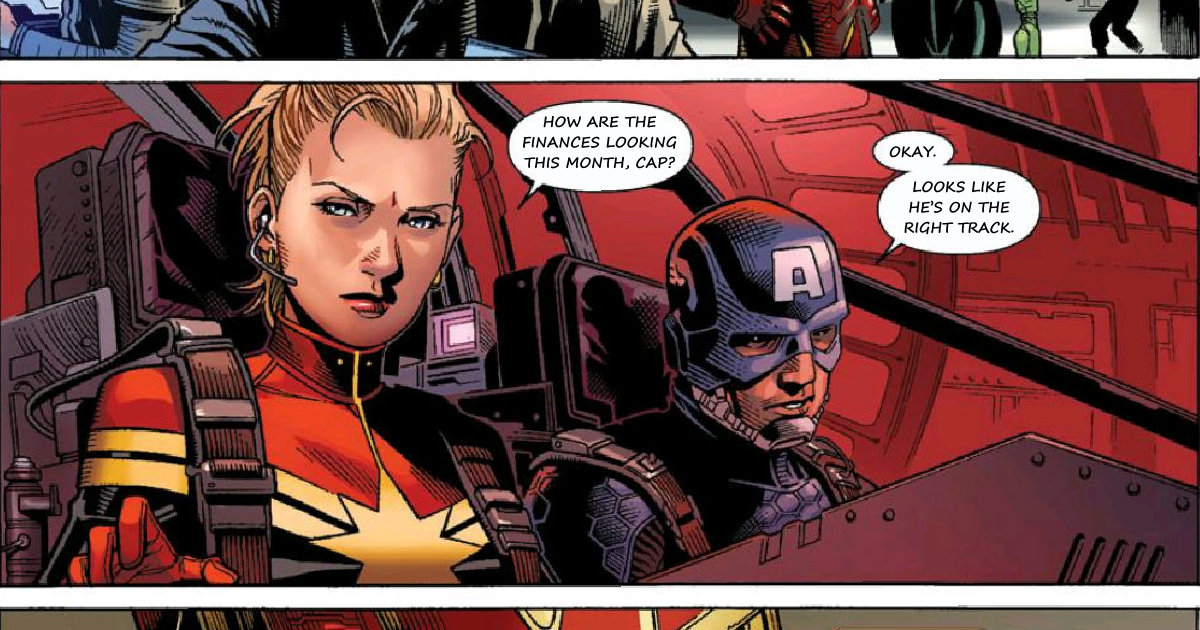 When you do the math, I ended the month of September with $177.66 in the bank account to get things rolling in October (#spoileralert most of that has been spent already). Overall I’m really happy with how things are progressing with the Certified Comic Shop. Every day this gets more real and I can see all of the hard work beginning to pay off!

I hope you find these financial updates useful and informative. If you have any questions or thoughts, feel free to share them in the comments section below!